Career Transition: From Journalist to Author 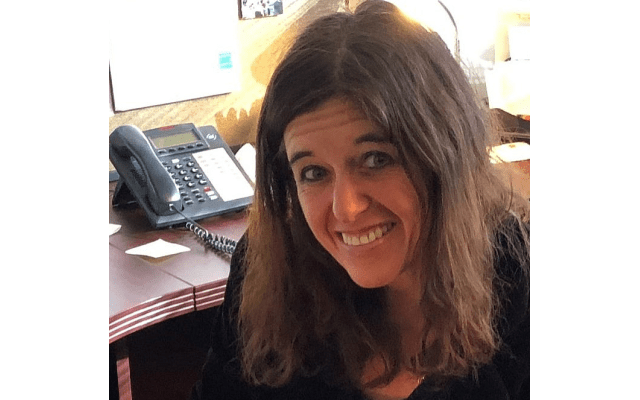 More than two decades ago I began the path to becoming an author, using my knowledge as a journalist to create a story that began with facts and developed into a novel. I took a break from full-time newspaper writing to raise my two young children and write a book based on cassette tapes my grandfather left about his life, growing up in Hungary between the wars and his adventures on the way to America and once he got here. It incorporated anti-Semitism that led to the Holocaust, a buried treasure hidden from the Nazis that was discovered after the war and returned to my grandfather. Plus a tragic accident, a bout with an often-fatal respiratory illness much like COVID, and a workplace shooting in which my grandfather emerged a hero. Hands of Gold is set for a May 2022 release by Amsterdam Publishers, which bills itself as the largest European producer of Holocaust memoirs.

Gaining this publisher comes after some 200 rejections in the 10 years or so I had been trying to interest agents and publishers in my novel. Plus being a quarterfinalist for historical fiction in a 2009 Amazon Breakthrough Novel Award contest and losing my first publisher after working with her for two years, nearing the end of first-round edits. The latter episode led me to probably the deepest depression I’ve had in life, not unlike the losses we’ve all felt during the pandemic. Not surprising, considering authors view their books like children or family. Hands of Gold, originally Meet Me In Heaven before I discovered other titles by that name, is certainly like a child for me, having been birthed soon after my youngest in 2000.

Meanwhile, the premise of this column is that the transition from nonfiction as a journalist for some 35 years to fiction writer has not been easy. But what in life truly appreciated comes easy, and certainly what doesn’t kill you makes you stronger, right?

Hands of Gold capitalizes on my newswriting career, my ability to research and investigate and look for twists of fate, symbolism and drama. The story is like any other article I’ve written, and there have been thousands, except much, much longer and more in-depth than newspaper readers have patience for. It’s based on truth and my grandfather’s historic journey through life and the “hands” of time. But then I literally played with the facts, a tool outside my normal wheelhouse, doctoring the history to make the story more interesting, entertaining and hopefully keep the reader turning the pages.

This is certainly a new career branch for me. It hasn’t been the only one.  Three years ago, I became an editor of a Jewish newspaper where I had been a reporter in the early 90s. That position was bookended by years a daily reporter and then transitioning to become the health care reporter for Atlanta’s main weekly business paper. It was a leap of faith that sent me from there to writing from home, probably the best move for my family and me, considering I successfully raised two kids to young adulthood and freelanced during that time for such massive publications as WebMD, New York Daily, Adweek and Mother Nature Network, with articles picked up by The Huffington Post and Forbes. And then I returned to my old stomping grounds in Jewish journalism as an editor.

Transitions can certainly be fraught with anxiety. The great unknown is both mysterious and enticing. But we can also be energized by the opportunity to branch out into a different arena, to spread our literary wings and embrace whatever the future holds. Certainly, I’m out of my comfort zone, but no one ever gets anywhere stewing in the comfortable and predictable. I tread lightly, accepting the risk of failure as a first-time author, but eager to step into the abyss, hoping to come out unscathed and enriched on the other side. I hope you too, dear Jewish reader, will come along for the ride or begin your own deviation from safety to daring adventure.