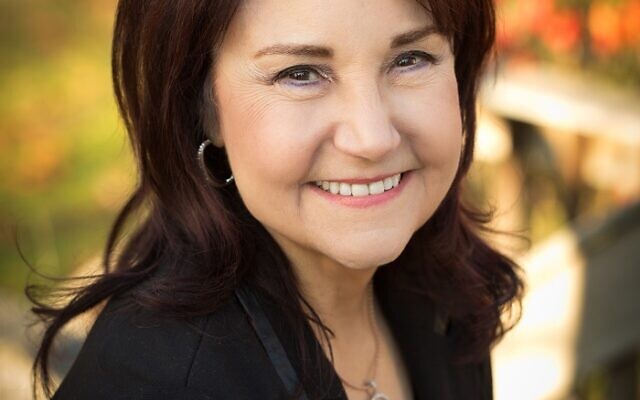 ‘The Takeaway Men’ brings Holocaust and 1950s New York City to life with powerful relevance to those who grew up in a similar environment post World War II.

Anyone who grew up in New York in the shadow of the Holocaust with immigrant relatives will most likely feel the power of the newly published “The Takeaway Men.” That includes me, or more correctly, my mom. The first novel by New York author and former history teacher Meryl Ain touches a nerve for more than its relevance to my own life, having grandparents from Europe who rarely spoke about the Holocaust their family experienced. It also bears resemblance to my own novel in final editing by my publisher, “Hands of Gold,” which is based on my grandfather’s life.

From its title, “The Takeaway Men,” Jewish readers innately understand the novel is about the Nazis who came for Jews. But in 1950s New York after the war, there’s a double meaning. I won’t spoil it for you; you’ll have to read the book. I will tell you, however, in my own neighborhood of East Cobb, Nazi Europe seemed anything but a distant time and place when I wrote about swastikas painted outside middle-class suburban subdivisions. Unlike in the book’s Kielce, Poland, a real place by the way, East Cobb is here and now, and we are reminded still today of our vulnerability to those who hate.

The phrase that arose from the Holocaust, “Never Again,” was evoked by interfaith leaders who gathered at a nearby synagogue recently to condemn the anti-Semitic graffiti and in an online 9/11 commemoration I covered Friday.

What is so disheartening is that “Never Again” expressed the frailty of the main character Aron in the fictional “The Takeaway Men” in Bellerose, Queens, near where my grandparents lived. And it also revealed the real-life angst we felt if only for a few moments in East Cobb and when remembering how New York and America was shaken by 9/11.

There are so many scenes in “The Takeaway Men” that will strike a chord with readers. Plus, the foods, mannerisms and experiences of the characters. And, of course, the use of Yiddish dispersed throughout – my novel will have that too – is so needed at a time when many who spoke it fluently are leaving us if they haven’t already, like my own grandparents, may they rest in peace. The generations after the Holocaust tried to preserve a bisl Yiddish. I studied it in Hebrew high school on Long Island and I’ve heard it may be making a comeback in universities. My children, though, only know what little Yiddish I try to throw around every once in a while, like my parents did when I was growing up. But I fear, Hebrew is probably the more popular language nowadays.

Just like the fictional Aron, my grandparents may not have talked about the past too often, but they cherished their Judaism in the same way as he and his fictional family.

Because it’s the high holidays, and myself and others are writing all about them in the AJT, I leave you with one “sensation” that is particularly poignant in the novel, to give you just a taste, forshpeis.

“The holy day evoked powerful memories. Aron dressed in white, as did the clergy, because he had important responsibilities during the service. It was his job to blow the shofar during Rosh Hashanah services and at the end of the final Yom Kippur service. …

The words and the cadence of the prayers … transported him back to Kielce before the war. Before Hitler destroyed what had been Poland’s living, breathing, vibrant Jewish community of three million people.

“Perhaps that is why his comfort level was so great within the walls of the synagogue. If he closed his eyes, he was suspended in a timeless cocoon that could be anywhere.”

I pray we all find this kind of peace in our neighborhoods and sanctuaries, even if that’s at home watching the services online. I hope we summon the experience of Aron as we listen to the services and shofar blasts this year. During Yizkor, we should all remember our loved ones and those who perished during the Holocaust, and work toward tikkun olam so that “Never Again” really means “Never Again.”

For more information or to order a copy of “The Takeaway Men,” visit merylain.com

Author disclosure: Ain is my husband’s second cousin, in essence, extended mishpachah. We’ve never met in person and only recently connected online through our common writing and backgrounds.